Botswana is one of the fantastic and demanded country of Africa where so many travelers comes from all nooks of the world regularly to explore its ravishing locations. This landlocked nation of South- Africa should be your next expedition if you are planning to visit towards the best African game reserve. The wildest area of Africa where you can plan a trip is Botswana. People may listen about the wildlife area or can see the wild animals in TV but when you plan your trip towards Botswana then you can feel the thrill and excitement of a live real life happening. This safari travel is the best option to explore the real wildlife of African continent.

The Chobe National Park is a magnificent destination. Celebrated for its stupendous concentration of wildlife and the Chobe River. The park is a prolific ecosystem which together with the abundant wildlife, includes floodplains, thick forest , marshland and swamp. There are multitudes of animals to be spotted on safari such as Elephants, Cape buffalo, Lions, Leopard, Hyenas and Impala etc. The elephant is possibly the most notable of the Chobe National Park’s prominent inhabitants. Population for Elephants stands at around twelve thousand. The best time to see these elephants is in the dry season when these magnanimous creatures are seen drinking, splashing and performing their eye beholding activities along the banks of the Chobe River.

This beautiful reserve is a short drive from Botswana’s capital Gaborone and makes for a great day journey. It is a private reserve dedicated to educate people of all ages about the wildlife and why these species should be preserved. One should not be surprised to see excited school children out on a field trip of this reserve. Rhino tracking is a highlight at Mokolodi and white rhinos are a source of massive attraction for holidaymakers. A successful breeding program has helped to keep the white rhino safe in Botswana. Travelers can join well qualified guides on a variety of game activities such as Game Drives, Rhino and Giraffe tracking. As an alternative, cycling is also allowed in the reserve and offers a unique view of reserve’s species. Many years back it used to be a lifeless dry place. It was a very vast and mighty desert which was having such awful heat and dryness in it that people even feared the name of it. But today people have different views regarding this great desert. As the time has passed this desert’s brutality and the drastic conditions are molded into favorable state and today it doesn’t even classified as a true desert any more. The earth science remains near the same though but the climate and several other central factors have changed a great deal.

Kubu Island is easily one of the most beauteous places to visit in Botswana. In reality it is a dry granite rock island engulfed by a white sea of salt in the Makgadikgadi. This is now protected as a national repository, visit to which is helping the local community.

Tsodilo Hills is listed as a UNESCO World Heritage Site in 2001. It consists of rock art, rock shelters, caves and depressions. It has a unique religious and spiritual significance among local people thus travelers many times find it intriguing to research about the implication which have given it such a massive reputation. It has a buzz among tourists for its white and red painting.

These paintings contain human figures which are painted with their hands on their hips for the most part. Some of them are on horseback, which seems to indicate that they were painted no sooner than the mid 18th century, when horses were first introduced to this region. 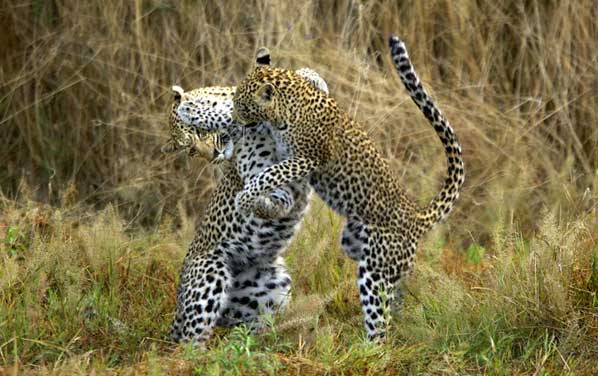 This wildlife safari in Botswana is a sure way to feel reconnected with Mother Nature and one of those ravishing wildlife reserve that holidaymakers should opt for. It is the most beautiful wildlife sanctuary in Africa, this game reserve lies in Botswana’s Okavango Delta. Mopane trees are found in abundance. The rest of the area is a collection of floodplain grasses, permanent delta and riverine woodland.

It has over 500 species of birds and has few camps within the park.

This park was declared a game reserve in 1970, and when the boundaries were prolonged to include Baines Baobabs it was announced as a National park in 1992. It was once a part of the great super lake that covered central Botswana. Unlike other luxury destinations in Botswana it is an untouched region of this tract, which has made it foremost choice for holidaymakers.

This park is mostly visited from the month of January to April. Rain during this time makes it more scenic and enchanting. It is huge with covering an area of about 38,000 sq km. The term Kgalagadi means place of thirst which explains its sparse vegetation. This private reserve covers some 308,000 acres and found in the North East of the country. The area is fed by the Kwando River ensuring wildlife spotting possibilities. It is well known for its Lion and is home for the Botswana’s largest Elephants. It is away from most major path, the park gets few travelers, making it perfect for dedicated game-viewers. Gemsbok, Springbok, blue wildebeest, red hartebeest and eland abound, while meerkats, leopards, and black-maned lions add to the amusement. It is one of Africa’s best safari parks for cheetah, which flourished by hunting in its fossil river valleys and the surrounding Kalahari sand dune.

The Tuli block is a wildlife rich area in eastern Botswana that borders South Africa and Zimbabwe at the conflux of the Shashe and Limpopo rivers. It used to be an area of private farms, but a few decades ago it was transformed wildlife land.